Our mission is to provide temporary shelter and equip residents for employability to resolve poverty and obtain housing.
Facebook-f Twitter Youtube

The Brisben Center is the greater community’s largest full service, year-round, residential emergency homeless center. This unique facility opened in 2005 as the result of a vision and partnership among the leadership of the nonprofit Thurman Brisben Homeless Shelter, Inc., the City of Fredericksburg and the greater community. In the late 1980s, many downtown faith organizations initially founded the Center, and today 200 area community and faith-based organizations support it across the four-county community. It provides a safe and secure, staffed 24-hour temporary residence for the homeless 365 days a year. It can simultaneously serve up to 80 homeless women, children and men with a wide range of services. The Center is a critical port in the storm for those experiencing homelessness in our community, including many veterans. At Brisben, hundreds of volunteers and supporters from our greater community serve the region’s homeless each year.

Do You Need Shelter?
Join Our Email List
A History Rooted in Compassion, Integrity, and Sheer Determination

The Brisben Center got its start in 1987, when members of six downtown Fredericksburg churches  became collectively concerned about the number of  people, later estimated to be 500—40% of them women  and children—who each year had no permanent shelter.  It incorporated the following year as the Church Shelter  Board for the Rappahannock Area, Ltd.

Run by volunteers, it operated for the first several  years as a cold-weather, nights-only shelter—first at  St. George’s Episcopal Church and then at the old  Maury School. In 1998, it moved to an 80-bed facility  on Essex Street. By then, it was staffed and open 24/7  year-round. It was also renamed the Thurman Brisben  Homeless Shelter (dba Thurman Brisben Center) after  one of its much-revered founders.

From its genesis, the shelter accepted men, women,  and children—individuals and families  of nearly  every description. With the transition to a full-time  facility, however, it soon became clear that long-term,  “chronically” homeless individuals with untreated  substance abuse and/or serious mental health  challenges (less than 14% of the homeless population)

do not mix well with others who are simply trying to  get back on their feet financially. Following numerous  incidents of shelter violence and substance abuse in  2005, the City imposed random drug/alcohol testing  and other restrictions.

Erik Nelson, the City’s senior planner at the time,  explained in 2005: “What we found at Thurman was  people like mothers weren’t inclined to go to the shelter  because they feared for the safety of their kids. It’s unfair  to blast the shelter for not serving both populations  because realistically it just can’t be done.”

After several years, the Essex Street property was  slated for re-development and the Brisben Center  was forced again to move. It took four difficult years  and many false starts before its current location in  the Battlefield Industrial Park was settled—albeit  with significant restrictions. Despite the board’s  best efforts, a downtown location simply could not  overcome a groundswell of opposition. On  the other hand, the construction of a Place for Trans-  formation from scratch has offered enormous opportunities to resolve homelessness.

One of the founders of the organization that bears her  name, Anna Thurman Brisben made it her mission to  help the many homeless men, women, and children she came across from her office at St. George’s  Episcopal Church. She listened, counseled, got them  medical attention, and helped them apply for social  services, helped them get jobs and back on their feet.  People who were homeless could always turn to her,  and countless did.

The Brisben Center can trace its compassion, integrity,  and sheer determination back to this dynamo of a woman. “She was the tiny lady who looked like the  wind could blow her over, but when she put her hands  on her hips and stared down (actually up at) the men. They would meekly do anything she said!” reminisced  a volunteer.

Mrs. Brisben had the wisdom and the vision to  understand that it takes community working together  to address a tragedy as complex and unremitting as  homelessness. Each part of it has a role to play and  can, as her father exhorted her to do, “brighten the  corner where you are.” 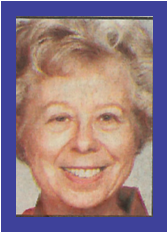 “It was heartening to find such widespread concern in the community for the plight of the homeless. Though the shelter is not a permanent solution, it is a first, emergency measure out of which more permanent solutions are growing.” –Anna Thurman Brisben, 1988

how?
Why?
Helping People Realize Their Potential
Our doors are open to anyone of any age, gender identity, race, creed, religious tradition or national origin.

Join us on June 10th at the FredNats game for
*Go To Bat ... for Brisben Day*
*There will be a Special Video Presentation
*Throwing out the first pitch
*Chuck 'a' ball and tons of fun
Go here to support the Brisben Center and get your ticket: https://offer.fevo.com/lynchburg-hillcats-cj4nrun-319bdec

We are grateful to everyone who has been cooperating with us... recently! We want to maintain the momentum! Do you wish to help others? Visit our website to learn more about how you may collaborate with us! http://BrisbenCenter.org

The UCAN Club teaches homeless families and individuals how ... to pick, prepare, eat, and store nutritious food on a budget.Our goal is to instill these life skills as well as fundamental nutrition knowledge for a well-balanced diet. Please contact us at for more details.

Brisben is grateful to have hundreds of volunteers who ... actively engage in Brisben's Meal Program from a variety of organizations and groups. If you've ever wanted to help individuals in need, get in touch with us and we'll help you or your organization get started right away!

Happy Wednesday!
Heartfelt thanks to Mt Ararat for the ... beautiful landscaping project at the Brisben center. Mt Ararat provided new trees, shrubs, flowers and mulch which made a distinctive improvement to the outward appearance of the center.

Join us on June 10th at the FredNats game for *Go

We are grateful to everyone who has been cooperati

Brisben is grateful to have hundreds of volunteers 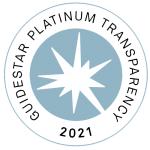